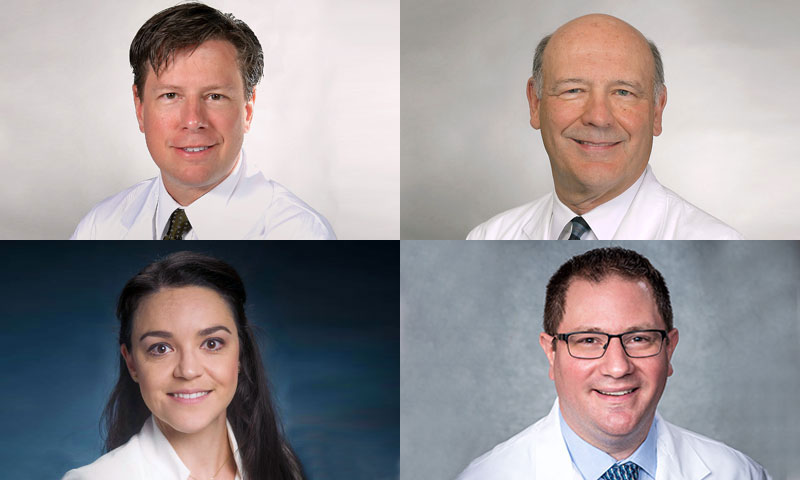 Xenotransplantation
Under the direction of Dr. David Cleveland, the section has developed a concentration in the area of cardiac xenotransplantation. The program holds the distinction of having the longest living survivor of a pig to baboon cardiac xenotransplant in the United States. In addition to the clinical accomplishments, there has been an emphasis on both the basic science aspects of the field as well as the social and ethical considerations related to the area.

Dr. Robert J. Dabal serves on multiple national and international committees, including the World Society for Pediatric and Congenital Heart Surgery Database Committee and the Society of Thoracic Surgery (STS) Congenital Heart Surgery Database Task Force. He is a member of the congenital section of the STS Annual Meeting Program Committee and serves on the STS Workforce for Congenital Heart Surgery. Having served on the Birmingham Metro Board of the American Heart Association (AHA) for many years, he became the president of the Board in the summer of 2021. He also serves on the Advisory Board of Heart Care International and the Alabama Organ Center/Legacy of Hope Advisory Board. He is the 4th-Year Clerkship Director for General Surgery and has served on the Heersink Medical School Admissions committee as a screener and interviewer for several years.

Dr. David C. Cleveland is a member of the Society of Thoracic Surgeons (STS) Workforce on e-Learning and Educational Innovation. He is a member of many national societies, including the STS and the Congenital Heart Surgeons Society, and is the immediate past director of the UAB cardiothoracic surgery residency program.

Dr. Luz A. Padilla is a member of both the American Heart Association and the American Public Health Association. She was a finalist for the UAB President’s Award for Excellence in Teaching in 2021 and was selected for a highly competitive program of the NHLBI, the UC San Diego Future Faculty of Cardiovascular Sciences (FOCUS) training program. She has served as a Board Member of the UAB Institutional Review Board since 2016 and is lead faculty sponsor of the Heersink SOM Public Health Interest Group.

Dr. Robert A. Sorabella is a member of multiple societies, including the STS, the Southern Thoracic Surgical Association (STSA), and the American College of Surgeons (ACS). He serves on several hospital committees at COA, including the Heart Center Morbidity and Mortality Committee and the Heart Center Code Committee. In addition, he is a member of the Heersink Medical School Admissions Committee, where he serves as both a screener and an interviewer. Recently, he was appointed to a national task force as part of the American Association for Thoracic Surgery (AATS) to develop guidelines for the surgical management of Trisomy 13 and 18. He also serves as a voting member of the United Network for Organ Sharing (UNOS) National Heart Review Board for Pediatrics.